You are here: Home › Medford History › From Africa To Medford: The Untold Story › Slaves in New England

The first Enslaved peoples to the North American colonies were brought to Virginia in 1619. The status of these newcomers differed little from that of the white indentured servants who far outnumbered them. By the end of the century, however, the black population had grown and colonial laws recognized a new sort of bondage that was based upon race: chattel slavery.

It has been estimated that African and African-American enslaved peoples performed 222,505,049 hours of labor between 1619 and 1865 in what became the United States. 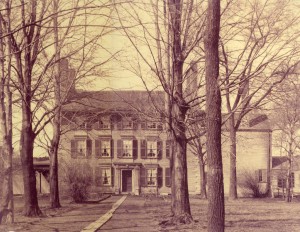 Undated photograph of east facade of Royall House, looking west from Royall Park.
Note the structure connecting the main house with the Slave Quarters, on the left, and the two additions to the main house on the right. The additions burned and were removed in 1926.

Enslaved people were brought into New England throughout the entire colonial period, and slavery existed throughout the colonies before the American Revolution. The majority of the slaves spent at least part of their lives enslaved, and were often bought as children in coastal cities. They accounted for as much as 30 percent of the population in South Kingston, Rhode Island, and were a significant presence in Boston (10%), New London (9%), and New York (7.2%).

Connecticut, Massachusetts, and Rhode Island were the three New England states with the largest slave population. Rhode Island had the largest proportion of slaves. It is likely that by the mid 1700’s, there were as many as one African for every four white families in these three states.

Few if any colonists challenged the prevailing belief system regarding slavery and indentured servitude. The relatively low number of people living in slavery in the New England colonies was NOT due to antislavery sentiments. Rather, economic, social, and geographic conditions resulted in a distinctly New England pattern of slavery. 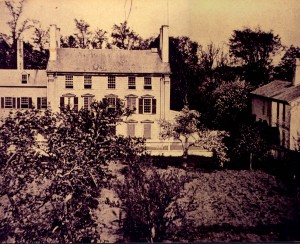 Undated photograph of Royall House and Slave Quarters
From a stereoscopic view dating before 1908. The view is looking east. Note the rows of pear trees.

A number of blacks in New England, as in the other colonies, held the status of freedmen.

Freedom was gained in many ways. In some cases the slaves won their freedom by entering into formal contracts with their masters to serve them for a period of years in return for their freedom. Some slaves were manumitted for faithful service; others through the wills of their owners.

The free blacks of New England, however, occupied an intermediate and inferior status, somewhat between that of a white person and an indentured servant. Legally, their condition did not differ much from that of the slaves and they were usually included in the slave codes with Indian and black slaves.

For nearly two hundred years the North maintained a slave regime that was more varied than that of the South. Rather than using slaves as primarily agricultural labor, the North trained and diversified its slave force to meet the needs of its more complex economy. Owned mostly by ministers, doctors, and the merchant elite, enslaved men and women in the North often performed household duties in addition to skilled jobs.

…a devastating experience of slavery in America had resulted in the condition of poverty of northern free people of color and the climate of persistent prejudice against them. –Joanne Pope Melish, Disowning Slavery.

The introduction of slave labor into the New England household economy enabled its expansion from small-time farms to large agricultural production, the expansion of local and regional markets, widespread entrepreneurial activity, and the rise of manufactories.

From the seventeenth century onward, slaves in the North could be found in almost every field of Northern economic life. They worked as carpenters, shipwrights, sailmaker, printers, tailors, shoemakers, coopers, blacksmiths, bakers, weavers, and goldsmiths. Many became so talented in the crafts that the free white workers lost jobs to them. 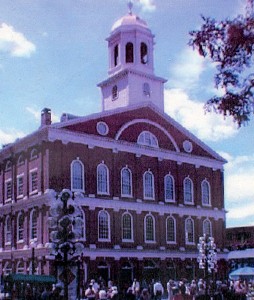