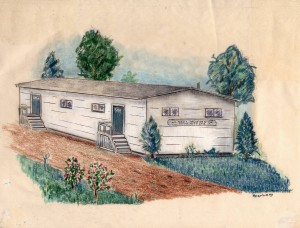 West Medford, Massachusetts, forms part of one of the oldest Afro-American communities in the United States. In the first phase of this multi-year project, a committee comprised of several longstanding Afro-American residents of West Medford-Wallace Kountze (Chair), Janice Works (Co-Chair), Dolores Harris, Carol Sharpton, Dorothy Elizabeth Tucker, and Whitfield Jeffers-are directing an initiative to document the legacy of a number of outstanding Afro-Americans from this community.

This committee will work in conjunction with the Medford Historical Society, two classes from Tufts and Brandeis Universities, and students from Medford High School. By making this legacy available through an exhibition at the Medford Historical Society Museum, through the creation of teaching materials, and through development of a website, we aim to tell a story that has not yet been told. This project will be funded by Tufts and Brandeis Universities and will be included as a part of “Project Local” a broad initiative funded by the U.S. Department of Education that includes Medford, Somerville, Revere, Winthrop and Everett.

Medford is a city whose early Afro-American social pioneers include Prince Hall, a leading eighteenth century Abolitionist and founder of Black Freemasonry, and Belinda Royall, an ex-slave who successfully sued her former owner’s estate for a pension. This history continued in West Medford both prior to and following the passage of the Civil Rights Act of 1964. During these periods, and often against overwhelming socioeconomic odds, many Afro-American men and women were pioneers, artists, entrepreneurs, and leaders. They achieved notable distinction, mobilized people to act, and supported the larger community. Many made numerous sacrifices in order to pave the way for others to follow. Those individuals we document will be selected both on the basis of their achievements and contributions and according to the availability of relatives, friends, acquaintances, and written sources. The selection of notable Afro-American men and women was done without prejudice on a random basis. We recognize that there are more notable persons than we can currently document and we look to the future to expand upon this year’s limited undertaking. Through oral- historical interviews and archival research we will compile a collection of biographies and photographs in order to recount the contributions of those who can no longer speak for themselves as well as those still living. We also seek to document the history of West Medford’s Afro-American community as a whole up to and during the 1960s. We would be grateful to anyone who can help us record the legacy of the people of color who contributed so much to the development and enhancement of West Medford.