Brian Tague will present a lecture on the history of the 93-year tradition of Flying Santa, aerial visits to lighthouses and lifesaving stations that have been a New England tradition since 1929. Capt. William Wincapaw of Friendship, Maine – an aviation pioneer – began the flights as a gesture of appreciation to the dedicated lighthouse keepers and their families as well as the crews of the lifesaving stations. Legendary author and historian Edward Rowe Snow carried on the tradition for over four decades. Friends of Flying Santa continues the annual Christmas flights (now done by helicopter) to deliver gifts to the children of USCG families from Maine to Long Island, NY. The presentation will include photos and videos from the past 92 years, including many aerials of the historic lighthouses and boat stations along the coast. Brian has flown on the flights since 1991 as photographer, director, historian and chief toy tester. Co-sponsored by Charlotte and William Bloomberg Medford Public Library.
Sign up on Eventbrite here. 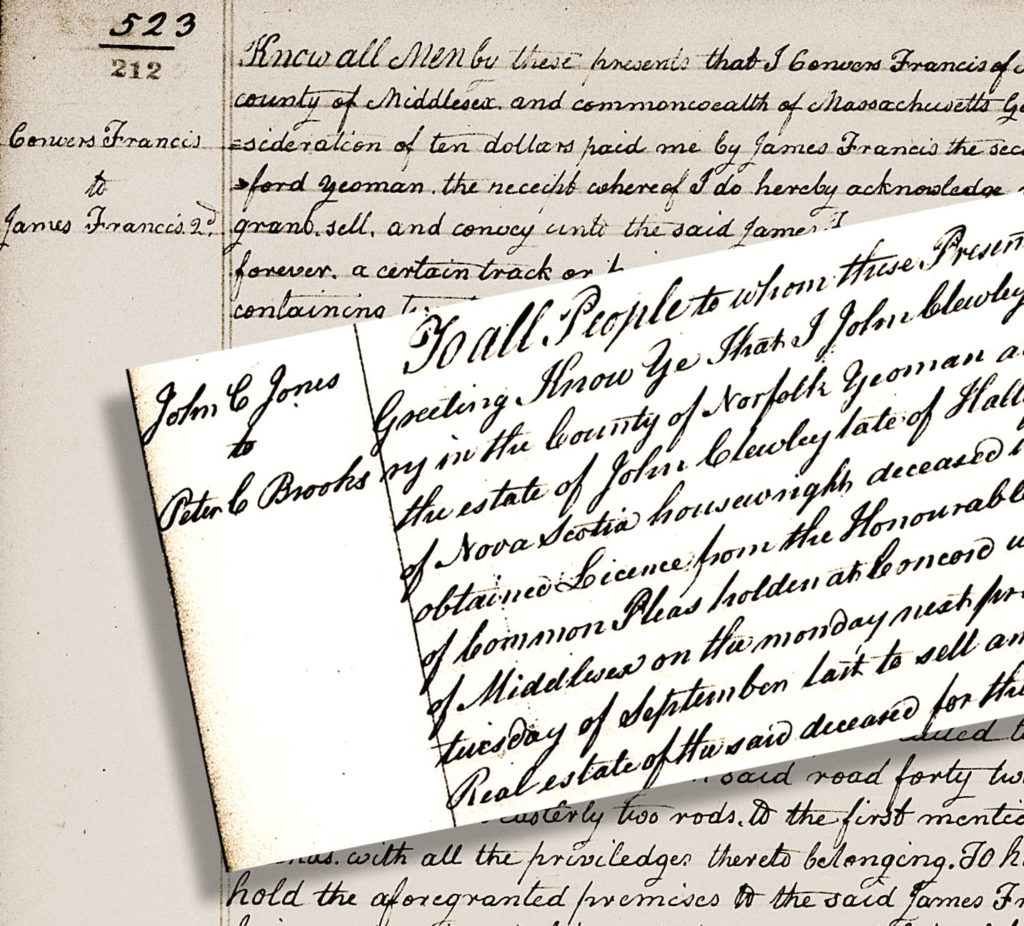 Thursday, January 12, 2023, 7:00 PM
House Histories and Fascinating Finds
MHSM researcher and Board member, Will Tenney
111 High Street, Charlotte and William Bloomberg Medford Public Library
Board Member Will Tenney has dedicated five years researching house histories for the MHSM Historical House Marker Program. He will offer us a brief overview of the process and resources he uses to research the history of Medford houses. He will also introduce us to a fascinating character he found recently while researching a property – a larger-than-life nineteenth-century self-made man who has left quite a legacy here in Medford, a person almost no one knows anything about, and yet we all know his name. Co-sponsored by Charlotte and William Bloomberg Medford Public Library.
Sign up on Eventbrite here.

The murder of Abraham Lincoln set off the greatest manhunt in American history – the hunt for John Wilkes Booth. Manhunt is a tale of murder, intrigue and betrayal told as a gripping hour-by-hour account of Lincoln’s assassination, Booth’s escape and the pursuit that finally ran down booth and killed him.
Co-Sponsored by Medford Historical Society and Museum and Charlotte and William Bloomberg Medford Public Library. FREE.  Register through the Library here.

In May of 1863 the 54th Massachusetts regiment, one of the first African American regiments to fight for the Union during the Civil War, marched out of Boston. The Regiment was formed immediately following the Emancipation Proclamation.  The 54thRegiment changed public opinion about African Americans serving in combat and helped inspire over 180,000 African Americans to enlist in the Union Army.

Join us as we explore the history of this regiment and their critical contributions during the American Civil War and the monument erected and recently restored to honor the regiment. Shawn Quigley has been a park guide for the National Park Service at the Boston African American National Historic Site since 2012. He received his bachelor’s degree in history from Suffolk University in 2014 and his master’s in American studies at UMass Boston in 2017.
Registration coming soon.

Join us to discuss Blood & Ivy, a compelling true-crime story of scandal and murder at America’s most celebrated university.  On November 23, 1849, one of the Boston’s richest men simply vanished.  Dr. George Parkman, a Brahmin who owned much of Boston’s West End, was last seen visiting Harvard Medical School.  Police scoured city tenements and the harbor, and offered hefty rewards for leads for the whereabouts of Dr. Parkman. But one Harvard janitor held a much darker suspicion: that Dr. Parkman had never left the Medical School building alive. His shocking discoveries in a chemistry professor’s laboratory engulfed America in one of its most infamous trials: The Commonwealth of Massachusetts v. John White Webster. It became a landmark case in the use of medical forensics and the meaning of reasonable doubt.

During the book discussion, we will examine the character of the victim, the accused, and the hero, the police investigation and compare the 19th-century investigation methods to contemporary methods. We will also discuss the trial and the legal principles it established. Intertwined in the story are characters and families you may be familiar with including writer Oliver Wendell Holmes.
Co-Sponsored by Medford Historical Society and Museum and Charlotte and William Bloomberg Medford Public Library. FREE. Registration coming soon.

“These programs are supported in part by a grant from the Medford Arts Council, a local commission that is supported by the Massachusetts Cultural Council and the City of Medford.”

The Return of the Moguls, with Dan Kennedy. January 13.
Bald Eagles of the Mystic Lakes, with John Harrison, March 24.
Election 2020, with Robert Turner, April 21.
The Story of Sarah Bradlee Fulton, May 6.
Crossroads in Community: What “Then” Says to Us “Now”, October/November
Black Heritage Trail Virtual Tour, February 2022