You are here: Home › Collections 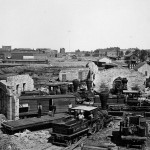 Originally assembled by Medford citizen and first mayor, General Samuel Crocker Lawrence, who commanded a regiment in the Civil War, these photos were prepared largely in the expensive platinum method which insures photographs of extraordinary clarity and detail that is still apparent today. Landscapes of the Civil War. 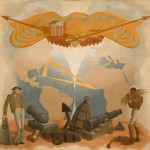 This six-year correspondence between Timothy Fitch, a Medford resident, and a ship captain of Fitch named Peter Gwinn occured between January, 1759 and october 1765. An extensive selection of these letters are scanned and transcribed. Medford Slave Letters.